In the world of competitive golf, today's caddies serve many roles, including a close relationship with the players both on and off the course. It is a camaraderie that can both help and hinder the player's ability to win the game, and is one that will be explored at the 2012 Conversations with Champions event at the Wegmans LPGA Championship on Wednesday, June 6.

Presented by the University of Rochester's Susan B. Anthony Center for Women's Leadership and the Wegmans LPGA Championship, the annual luncheon and panel discussion with past, present, and future champions will include Lorie Kane and Danny Sharp; husband and wife Karen Stupples and Bobby Inman; the 2011 Kraft Nabisco Championship winning team of Stacy Lewis and Travis Wilson; and rookie Lexi Thompson and her caddie, Greg Johnston.

This year the center will present Hollis S. Budd, executive director of the Max and Marian Farash Charitable Foundation, with the first Nora Bredes Leadership Award at the event. Renamed in memory of the Anthony Center's former director who died last summer after a long battle with breast cancer, the award replaces the Susan B. Anthony Promise Award. "The new award will commemorate Nora Bredes' exemplary life and vision for women as leaders by honoring a Rochester woman whose career and leadership have supported social, political, and economic equality for women," said Aimee Senise Bohn, program coordinator for the Anthony Center for Women's Leadership.

"Nora approached us eight years ago with the idea to celebrate women in golf and increase the recognition and opportunities for all women athletes," said Kim Osur, marketing manager of the Wegmans LPGA Championship. "By establishing an award in her name, we will continue to keep her spirit alive at the event she helped to create."

Prior to joining the Farash Foundation in 2011, this year's recipient, Hollis S. Budd, enjoyed a 31-year career at the University of Rochester where she worked in alumni relations, development, and most recently as associate dean for MBA Administration and External Relations at the William E. Simon Graduate School of Business Administration. During her tenure at the University, she served as the institution's first female vice president and worked closely with Bredes on numerous programs and initiatives to promote women and diversity at the University.

"I am honored and extremely humbled to be the recipient of an award named for Nora," said Budd. "She was an extraordinary leader and a remarkable human being. I was fortunate and blessed to call her a friend, a mentor, and a colleague."

In addition to her work at the foundation, Budd currently sits on the Simon School's Executive Advisory Committee and Dean's Forum. Her past and present board affiliations include the 2020 MicroClinic Initiative, Jewish Community Center, Jewish Family Service, Memorial Art Gallery, Friends of School of the Arts, Junior Achievement, Friends of Strong Memorial Hospital, Golisano Children's Hospital, and Consortium for Graduate Studies in Management, a preeminent organization for promoting diversity and inclusion in American business. She and her husband, Dr. James Budd, are residents of Rochester, and are the parents of two adult daughters.

The 2012 Conversations with Champions will take place at noon on June 6, inside the Summit FCU Pavilion at Locust Hill Country Club in Pittsford. It is co-sponsored by USA Payroll and the Polisseni Agency, a Fairport business that specializes in insurance. Tickets are $50 and include admission to the tournament for the day. They can be purchased online at www.wegmanslpga.org. For reservations or more information, contact the tournament office at (585) 427-7100 or the Anthony Center at (585) 275- 8799. Proceeds from the tournament benefit the United Way's Graduation is the Goal, an effort to help children at risk of dropping out of school. 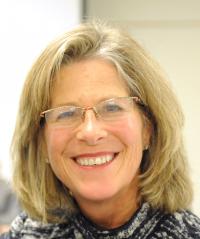