Color Red Increases the Speed and Strength of Reactions

What links speed, power, and the color red? Hint: it's not a sports car.

A new study, published in the latest issue of the journal Emotion, finds that when humans see red, their reactions become both faster and more forceful. And people are unaware of the color's intensifying effect.

The findings may have applications for sporting and other activities in which a brief burst of strength and speed is needed, such as weightlifting. But the authors caution that the color energy boost is likely short-lived.

"Red enhances our physical reactions because it is seen as a danger cue," explains coauthor Andrew Elliot, professor of psychology at the University of Rochester and a lead researcher in the field of color psychology. "Humans flush when they are angry or preparing for attack," he explains. "People are acutely aware of such reddening in others and its implications."

But threat is a double-edged sword, argue Elliot and coauthor Henk Aarts, professor of psychology at Utrecht University, in the Netherlands. Along with mobilizing extra energy, "threat also evokes worry, task distraction, and self-preoccupation, all of which have been shown to tax mental resources," they write in the paper. In earlier color research, exposure to red has proven counterproductive for skilled motor and mental tasks: athletes competing against an opponent wearing red are more likely to lose and students exposed to red before a test perform worse.

"Color affects us in many ways depending on the context," explains Elliot, whose research also has documented how men and women are unconsciously attracted to the opposite sex when they wear red. "Those color effects fly under our awareness radar," he says.

The study measured the reactions of students in two experiments. In the first, 30 fourth-through-10th graders pinched and held open a metal clasp. Right before doing so, they read aloud their participant number written in either red or gray crayon. In the second experiment, 46 undergraduates squeezed a handgrip with their dominant hand as hard as possible when they read the word "squeeze" on a computer monitor. The word appeared on a red, blue, or gray background.

In both scenarios, red significantly increased the force exerted, with participants in the red condition squeezing with greater maximum force than those in the gray or blue conditions. In the handgrip experiment, not only the amount of force, but also the immediacy of the reaction increased when red was present.

The colors in the study were precisely equated in hue, brightness, and chroma (intensity) to insure that reactions were not attributable to these other qualities of color. "Many color psychology studies in the past have failed to account for these independent variables, so the results have been ambiguous," explains Elliot.

The study focused exclusively on isometric or non-directional physical responses, allowing the researcher to measure the energy response of participants, though not their behavior, which can vary among individuals and situations. The familiar flight or fight responses, for example, show differing reactions to threat. 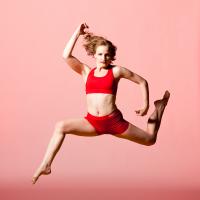 When people see the color red, they react faster and more forcefully. 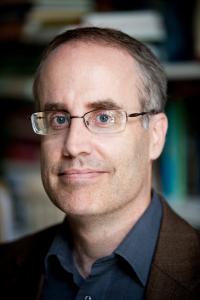 Red enhances our physical reactions because it is seen as a danger cue, explains Andrew Elliot, professor of psychology at the University of Rochester. Humans flush when they are angry or preparing for attack. People are acutely aware of such reddening in others and its implications. 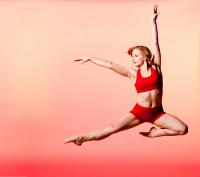 The intensifying effect of the color red may have applications for sporting and other activities in which a brief burst of strength and speed is needed. But the authors caution that the color energy boost is likely short-lived.